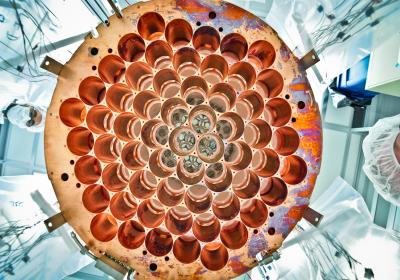 Astrophysical evidence on a variety of distance scales clearly shows that we cannot account for a large fraction of the matter in the universe. This matter does not emit or absorb light, and provides the gravitational potential wells that allow ordinary matter to clump and form galaxies. The nature of this ”dark matter” is a mystery, but one compelling model is that it consists of Weakly Interacting Massive Particles (WIMPs). These particles are well motivated by particle physics theories beyond the Standard Model, so this model is theoretically attractive. Most importantly, it is also testable. With a mass of order 100 GeV and moving at speeds relative to the Earth of about 220 km/s (the velocity of the Sun around the Milky Way), WIMPs would deposit several tens of keV when scattering with nuclei. By searching for anomalous nuclear recoils in sensitive low-background detectors, direct detection experiments will determine whether WIMPs are the dark matter. A discovery of WIMPs would transform our knowledge of cosmology, astrophysics and particle physics.

In the LUX experiment, 300 kg of liquid xenon (LXe) is viewed by two photomultiplier (PMT) arrays. One array is immersed at the bottom of the LXe volume and one array is suspended above the LXe in the gas phase. An electric field is applied to the LXe so as to cause any ionization electrons to drift through the liquid and be extracted into the Xe gas. An event in LUX is characterized by two signals, corresponding to detection of prompt scintillation light and proportional light from ionization electrons. Since electron diffusion is small, the charge is extracted in a small spot with the same X-Y coordinates as the interaction site. With the Z information from the electron drift time measurement, each event may be localized in three dimensions. In combination with the highly effective gamma ray shielding provided by the outer layer of LXe, this allows a central target mass extremely low in radioactive background. Comparison of the magnitudes of the prompt scintillation and proportional scintillation signals provides over 99% rejection of gamma rays. LUX is currently running in the Sanford Underground Research Facility in South Dakota. 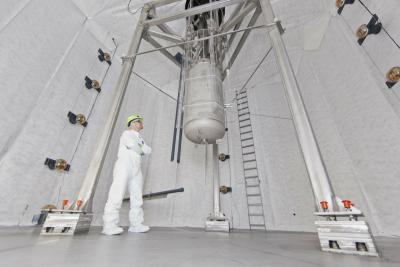 LUX follows upon the highly successful XENON10 experiment, which performed a particularly sensitive search for WIMP dark matter. In XENON10, the McKinsey group played a large role in slow control systems, PMT calibration, calibration with fast neutrons and radioactive xenon, Monte Carlo simulations, and dark matter analysis. In LUX, the McKinsey group is responsible for design, construction, and implementation of several crucial detector subsystems. These include the LXe purification system, the 100 kV cathode high voltage system, the calibration source manipulation system, and the slow control system. We have developed a novel method of LXe detector calibration using radioactive krypton atoms dissolved in the LXe. Prof. McKinsey serves as Co-Spokesperson of the LUX experiment, and the collaboration recently released a paper with results from its first science run, including a world-best exclusion limit for WIMPs. Research at Yale on the LUX experiment is supported by the NSF.

Future plans include LZ, a 7000 kg liquid xenon detector, to be installed in the same infrastructure at the Sanford Lab. In LUX and LZ, the McKinsey group will play a vital role in design, construction, simulation, data analysis, and leadership.

For a taste of what it is like to be in Lead, South Dakota to work on LUX, take a look at the following video. It shows a couple members of the Yale group and other LUXers on their way to and from the underground lab space in the Davis Cavern of the Sanford Underground Research Facility.