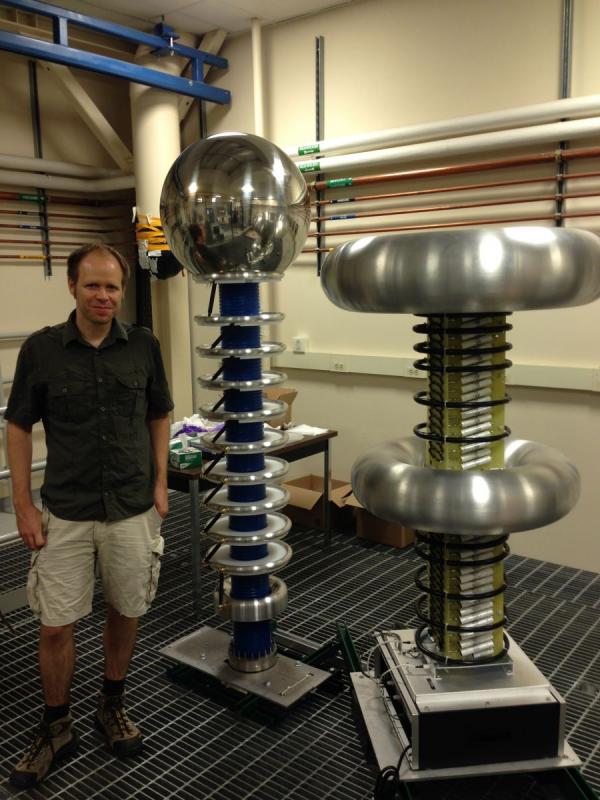 The LZ collaboration is a merger of previous dark matter detection collaborations, LUX and ZEPLIN, representing 29 universities and national laboratories from the United States and Europe. The proposed detector will sit in the Davis Cavern of the Homestake Mine, part of the Sanford Underground Research Facility in Lead, SD. The LZ detector will essentially be a larger version of LUX, employing liquid xenon as its dark matter target. As demonstrated by LUX and a host of other detectors, the two-phase, time-projection technique of detection in xenon is an effective way to provide three-dimensional position and energy reconstruction. Owing to its unprecedentedly large proposed size, however, LZ presents a set of unique challenges, which the McKinsey group is addressing currently in our R&D efforts funded by the NSF.

The McKinsey group has developed a warm feedthrough design for LZ, which will be tested in a liquid argon (LAr) system in the Wright Nuclear Structure Laboratory at Yale (setup depicted to the left). This device has been designed to handle the 100,000s of volts needed to create the strong drift field in the large detection volume of LZ. An alternative to the feedthrough technique is the internal generation of high voltage by a multiplying circuit. A Cockcroft-Walton circuit has been designed and will be assembled for testing in the LAr setup after the feedthrough.

Backgrounds must be well understood for a rare event search with a detector of LZ’s size and sensitivity. Simulations will tell us with what rate above background a WIMP dark matter signal should appear, while also revealing LZ’s potential for solving other fundamental physics problems like neutrinoless double beta decay. Xe-136 is known to undergo double beta decay, and this isotope occurs in xenon with a natural abundance of 8.8%. Observation of neutrinoless double beta decay would have major implications for our understanding of neutrino physics.